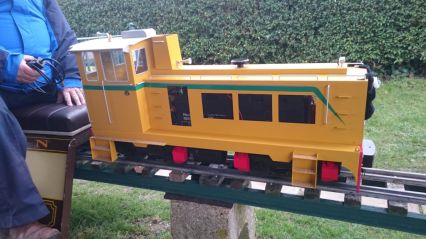 Queensland in Australia has the largest concentration of modern narrow gauge railway systems [nineteen tracks of 610mm (2ft) gauge. These connect sugar mills with the surrounding areas where sugar cane is grown on a coastal strip of 1430 km and that works out as almost 900 miles. The job of the railway systems is to transport the freshly harvested cane to the sugar mill for processing as soon as possible, preferably within 12-18 hours and definitely within 24 hours. The work goes on 24 hours a day and in most cases 7 days a week during the crushing season which runs for around 20 weeks or so each year. Originally steam power locomotives were used but these fell out of favour there as well as here in the 1960's. 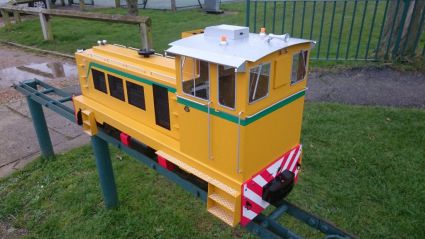 The firm E M Baldwin was founded in 1928 on the outskirts of Sydney. During the second world war, the firm worked solely on behalf of the Australian defence department , including equipment for ammunition factories, Mosquito fighter bomber components, and steel tanks. After the war, the company began to make equipment for use in flammable environments, and in 1963 this expertise enabled them to build their first locomotive for a customer on one of these many sugar plantations along the Queensland coast.

These locomotives were produced under what has been described as “continuous development” this was because the engines and gearboxes used were what was available at the time and as a consequence rarely were two locomotives built identically. Something that must have lead to interesting problems when spare parts were needed!

E M Baldwin produced its first locomotive with bogies in 1972 that weighed in at 26tons and with a top speed of over 30 Kph. Its last was constructed in 1984 subsequently the company went bankrupt in 1985. 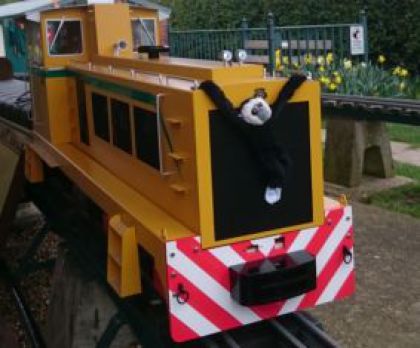 Click this link for a lot more information on Australian narrow gauge railways.

This faithful representation was constructed from a kit supplied by Maxitrak. To visit the site click

This is one of their latest products with this one being one of the first. As usual, the proud owner has added his own touches to it and will probably add more over the coming running season.

The monkey clinging to the front is one such addition and the owner would like to point out that no monkey was at any time harmed during this customisation.

Ken and Barbie are now in the cab, again neither were harmed in the process although I believe that ken had his arm twisted and Barbie has a hair out of place.